The first day of really real summer break.  Lots more time for playing, fighting, and learning to make up.

I am going to apologize right now, because I am smack in the middle of what my doctor decided to describe as a "mood disorder" and I normally don't blog while sick, but I promised my wandering parents updates!

I lamented to J that I still, at age 34, do not know how to cook meat.  I wander the meat sections of the grocery store and stare at all the large pink packages, and turn around and go home with sausages because THOSE I know what to do with.  "So....just pick up a package and we'll figure out what to do with it!"

My Costco meat of the week was flank steak- I've eaten that before, I know what to do with it.  I stuck it in a ziploc with Yoshi sauce this morning and let it sit in the fridge all day.  (I picked up pork chops--I think-- at Fred Meyer.  I have to do something with those tomorrow- think of me.)

I spent my day getting the June sacrament meeting music in order, finalizing Thursday's recital program and program notes, and helping the girls clean their playroom.  I had to stop helping when I realized C was too quiet, and I found him watching Family Guy on my iPad.  He's now lost iPad privileges and I'm an idiot for leaving him alone with a device.  I know.  That is DEFINITELY not a kid show.

Let's see.  This picture, someone had told him no, he hadn't stopped, and then someone screamed at him.  And he probably stubbed his toe on his way to find me because dude is growing so fast he doesn't know where he ends and floor begins.  Poor guy picked up a splinter in his foot yesterday, I think from my dining room bench (!!), and it tore his little foot open.  It was a good half inch long and had an entry AND exit point.  He was brave and let me pull it out twice, once from each wound because it broke in the middle.  He spent half of yesterday crawling around pretending to be a dog, to avoid walking on that foot. 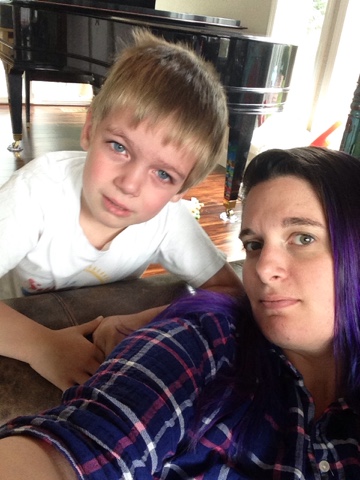 Dinner actually work tonight.  HALLELUJAH.  I thought I'd lost my ability to cook.  I gave up my accounting knowledge when E was born.  All sewing stopped when M came.  Then when C came, I've pretty much stopped baking and cooking it seems.  Definitely stopped baking.  I used to make bread every other day, and make cookies and cakes and scoff "OH, it's only three extra minutes to make it from scratch.  Why would I use a boxed mix?"  And then my butt got handed to me on a platter. 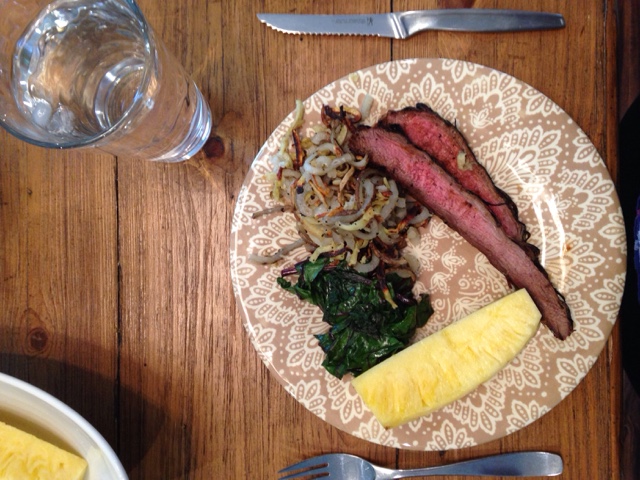 Mimi, while hiding from Cocoa this afternoon in the laundry room (which he then insisted was his something or other room and she screamed at him and he cried and I reminded her that is NOT how we make friends)......she saw peaches.  She came upstairs, during the piano lessons I was teaching, to inform me that I was going to serve peaches with dinner tonight.  Look at that plate.  Do you see peaches?  Neither did she.  She came in, saw the meal I'd spent an hour preparing, and with a quiver in her lip and a resigned sigh, quavered "Oh...I thought we were having peaches.  *sniff* It's OK.  We aren't having peaches.  I just...I just thought we were having peaches."

That's when I decided to give her another chance to enter the room, before I smote her with the fiery rod of my mouth.

I served peaches for dessert. 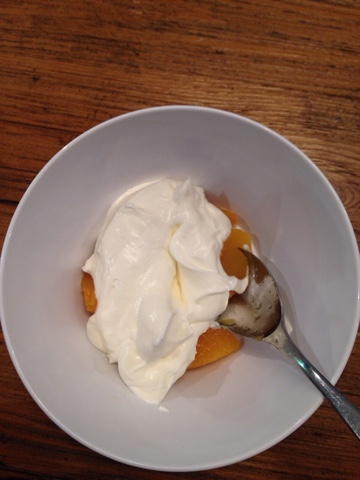 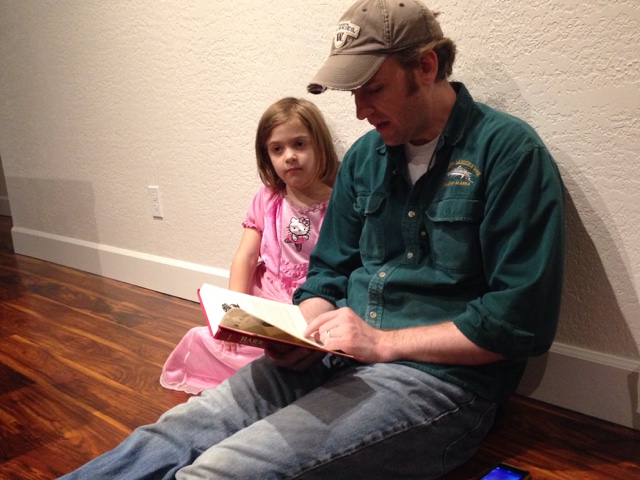 And yes, when I was done I went and found the books.  After finishing a grade of school, they get to read the corresponding Harry Potter book over the summer.  My heart gave a little thrill when J started off "Chapter One.  The Boy Who Lived."