Today Cocoa had his first "That thump actually sounded dangerous, Mom is leaping down the stairs trying to get information from the kids as she runs, oh wow I think we need a towel" moment.

Ernie was my helper, getting medical supplies, telling me what happened, and getting herself and Mimi ready to go if we had to.

Thankfully, since he was not punctured, is not vomiting, is not spurting blood, and the wound is not gaping more than a quarter of an inch.... We get to treat it at home. I really thought we were going in for stitches- gaping is not a nice thing to see on a toddler's head! Near as I can tell, he was reaching into a cabinet, lost his balance, and hit his head. Top heavy toddlers.....oh man.

Two hours of rest and clear liquids, cold compress for any swelling, and later he can have medicine and food if he wants. He can nap, but should be checked on after two hours. He needs to keep that bandage on, and needs to sleep with an adult for two nights. (Well, THAT'S no problem, we do that already!).

So, Grandparents, THERE is your report on the intrepid Cocoa. He has a big, hard, head. He is also currently watching Mary Poppins, with socks on his hands. Best way I could think of to keep him quiet and bandaged for two hours!

I think I need a hug! That kid scared me! 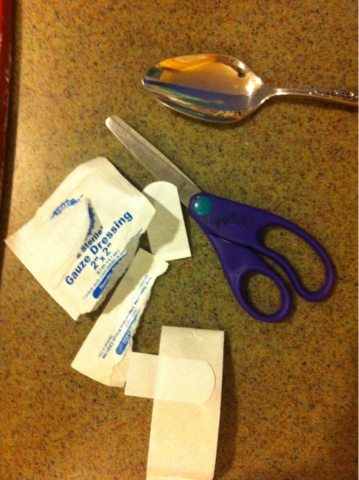 Every year a neighboring stake puts on a festival of the nativities. The entire church building is transformed- dozens of Christmas trees, hundreds of nativities on loan from local members, a room full of paintings of Christ, a room full of "children's" nativities, a photo room where your family can dress up as characters in the nativity and have a portrait taken, a room just for kids with coloring and books and toy nativities.

The festival goes four days, with live music in the evenings and half the day on Sunday. Of course, that was today. Nine different musical performances today, not including a capstone children's choir, and I was in four of them! Oofda, my book bag was heavy today :). My family sang Christmas carols, and I accompanied three other singers throughout the day. (Each musician was scheduled for a half hour slot.). A long day, a tiring day, but what an amazing day!

I love seeing the nativities from all over the world. I snapped pictures of some of my favorites. Really I was taking a lot of photos of my favorite Mary figurines. 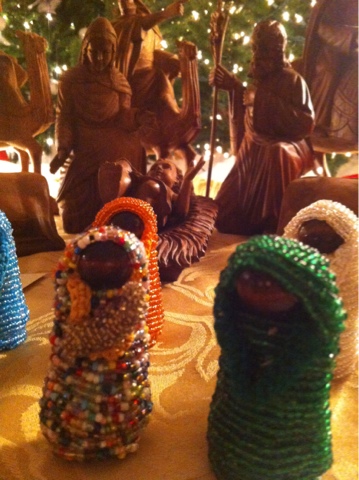 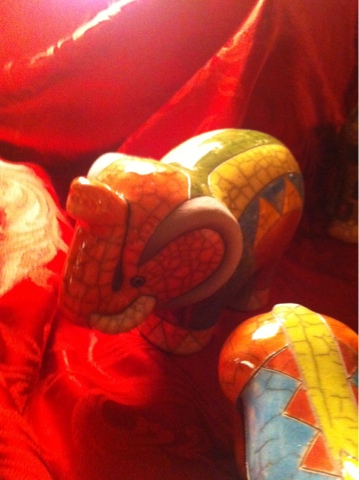 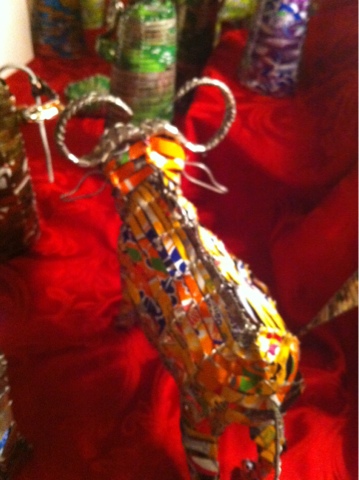 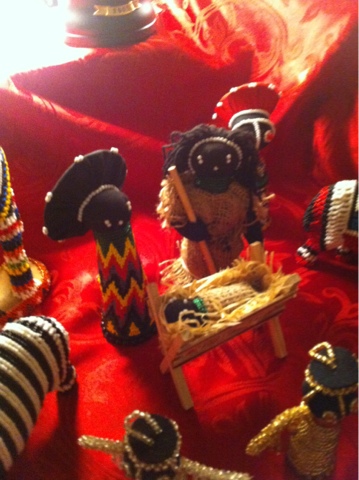 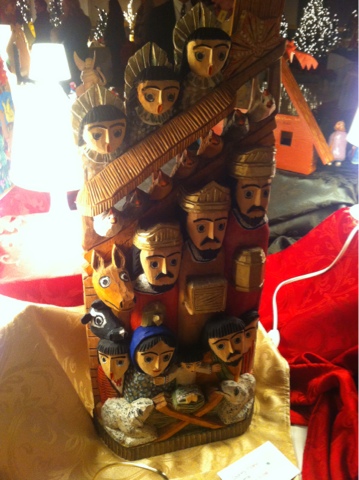 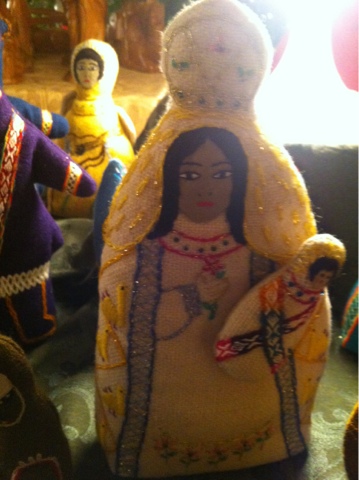 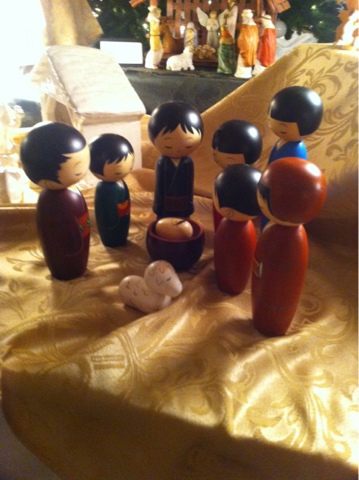 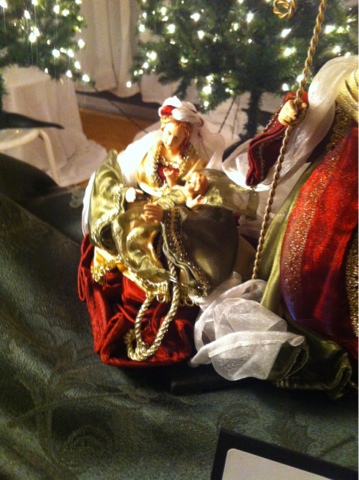 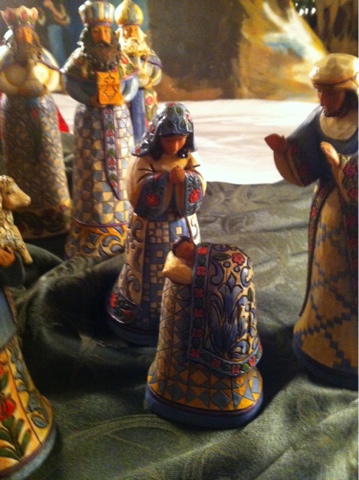 Someone turned... Older :). Woot! Another year in the bag.

Oddly enough, we recognized the family at the table next to us.... Since it was my sister's family! Twins. Geez. (Oh yes. Happy birthday Aunt LoLo!)

After dinner we went on our yearly trip through the city's public gardens, all lit up for the Holidays. Absolutely gorgeous!

Our chosen restaurant had an attached bakery, so a Swiss roll cake made its way home with us to celebrate. (A moment to reflect on my hands in that photo. I have earned those hands!!). Also, Ernie. Ernie is really into singing that Happy Birthday song.

I was absolutely spoiled with gifts- I'm a lucky girl. I'm also a very happy girl, because my husband bought me an electric blanket and a sunlight replacement lamp. It's like going to the beach... With out the swim suit :). If you've thought about getting a "happy light" do it! Seriously. Awesome. 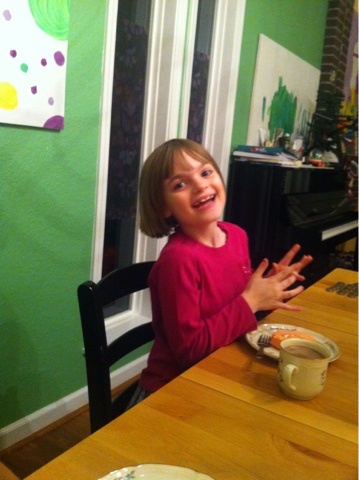 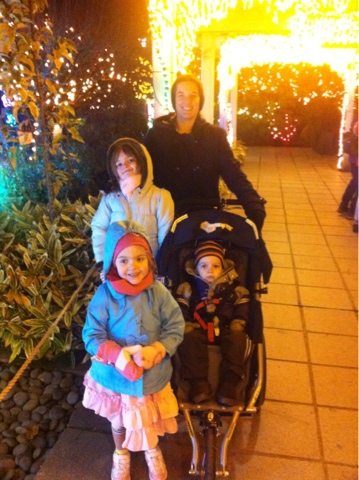 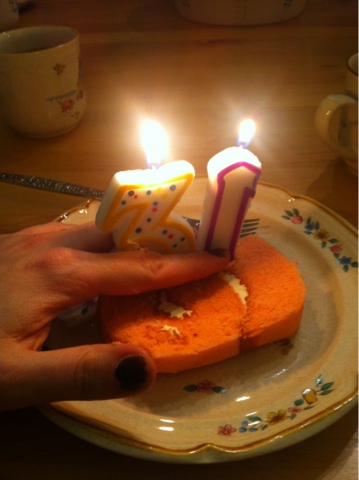